A Decade of Success | Learning Possibilities

A Decade of Success

Learning Possibilities turned a decade old on the 23rd of May this year. Many of our competitors, sadly, didn’t make it to 2017 and some wisdom was lost from education as a result. But our little family of folk are still together, still focused on education and still caring about making learning better, with some considerable success, to my delight. We haven’t really found time to properly celebrate our anniversary because life is so busy. We have projects kicking off in Vietnam and Malaysia this month alone.

But I thought I would mark the moment by looking back over our first decade, and to reflect on the decade to come too. Of course the world wide web code was released further back in 1995 and those early pre Learning Possibilities years were very much about publishing “stuff” on-line. Files and web pages had a Uniform Resource Locator, the URL, and it was all about those resources. Content was going to be king, as a number of publishers tried to persuade me, but my first advent calendar right at the dawn of the WWW immediately created a little community of users, chatting on-line together. It wasn’t Content that was king, but we saw that Community might perhaps be sovereign!. People had enjoyed their bulletin boards and simple forums from back into the 1980s, schools had logged in to services like Campus 2000, or The Times Network for Schools (TTNS) with their new fangled modems, but by 2007 a decade of progress had seen those “walled” and isolated bulletin boards embrace a new web based ability to be connected and interlinked to all, thanks to web protocols.

In the UK a 1997 promise by the incoming Blair government to give every child an email address by the millennium (MillieMail) was dropped (sigh) but the principles and code underpinning it produced some very interesting communities: 21,000 headteachers on-line in Talking Heads from 1999 for example, or the then Guinness Book of Records World’s largest Internet learning Project in Tesco SchoolNet 2000 with computer labs in every store and an exhortation to take part on every carrier bag. These projects, and others too, set the tone: people liked to work together on-line asynchronously, to have an audience for their work, and to see what others were doing too. As usual, in education the UK was pioneering and leading.

Around the world others were arriving, a little late, to the party too. Mark Zuckerberg with his college roommates and fellow Harvard University student Eduardo Saverin set up Facebook for fellow students in 2004; Jack Dorsey, Noah Glass, Biz Stone, and Evan Williams set up Twitter in 2006. Dorsey was an undergraduate student at New York University and you will notice how all this innovation comes out of education. 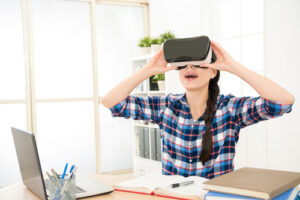 I remember chatting with Biz early on – we were sharing a conference platform – about the moment that he realised how powerful social platforms might be (it was really the Iranian Elections in 2009) beyond education.

Meanwhile, at the Department of Education Charles Clarke’s civil servants had published “Towards a Unified e-Learning Strategy”. These were the days when UK educational policy still led the world in the way that it embraced technology to make learning better. Charlie Clarke had a teenage son, so he really did understand what was needed! One result of this reflection was a commitment to learning platforms, to getting every child connected and Learning Possibilities was just one of those initial platforms.

A lot has happened during our first decade:
the iPhone appeared first in 2007 and Apple dropped the word Computer from its company name; Google Streetview also appeared that year – the earliest images were captured with a tripod mounted camera on a tricycle!; Dropbox was founded. Gmail appeared finally in 2009, that same year Über and AirBnB were founded; in 2010 the collapsed Palm company (remember Palm Pilots?) was sold to Hewlett Packard, and in 2011 Microsoft bought Skype. By 2011 ARM – the UK chipmaker that had grown out of dear old Acorn, the BBC B’s maker, announced that there were more ARM chips on the planet than arms (assuming that most but not all folk had two arms) and from 2013 people were using their arms to swipe left or right in Tinder – changing dating for many for ever. By 2014 so much had happened that the Science Museum in London opened its first Information Age gallery to look back at all this heady progress. It is the most wonderful place to visit because many of you will have the exhibits on show also in your attics.

So what happens next? What does the future at Learning Possibilities look like? We have some dramatic technologies coming along: machine learning and artificial intelligence, adaptive testing and smart learning, telepresence, virtual and augmented realities, new tiny form factors for our smart little silicon friends – the Apple Watch, Fitbit straps. We have connected devices as The Internet of Things revolution spreads. We have Google Lens turning your camera into a search engine, and there are new ways to interact with our technology via intelligent agents like Cortana and Siri. We have remarkable new insights from neuroscience, and we have neural networks now, with quantum computing soon – proper computing power!

But this isn’t technological determinism. As teachers and students we still need to decide how best to use these new techs. I happen to believe that the most innovative and best ways to use these new technologies should continue to come from education. We have myriad curious and ingenious young minds to take us forward if we give them the freedom to explore through their makerspaces and beyond.

And here at Learning Possibilities we continue to keep our eyes on the horizon and our feet on the ground – adding new tech power where it is needed, keeping a watching brief where the uses are less obvious. Our certainty going forwards is that children love to learn and they love to learn with others. We intend to keep providing ways to let them enjoy doing just that.